On 24 May, Cecilia Malmström, the EU Commissioner for Trade, hosted a Civil Dialogue group about trade and sustainability.

On the trade aspect, the main ideas presented by C. Malmström were:

On the sustainability aspect, C. Malmström was joined by International Trade Centre (ITC) Executive Director Arancha Gonzáles to present a study carried out by the ITC entitled "The European Union Market for Sustainable Products". Please see the report here.

According to C. Malmström and Arancha Gonzalez, the study reveals that retailers are increasingly working in partnership with suppliers – both inside and outside the EU – to introduce environmental and social standards in their supply chains. 96% of retailers interviewed implement sustainable sourcing strategies and 76% have undertaken public commitments on sustainable sourcing. The results are based on surveys of some 1800 retailers in France, Germany, Italy, the Netherlands and Spain. 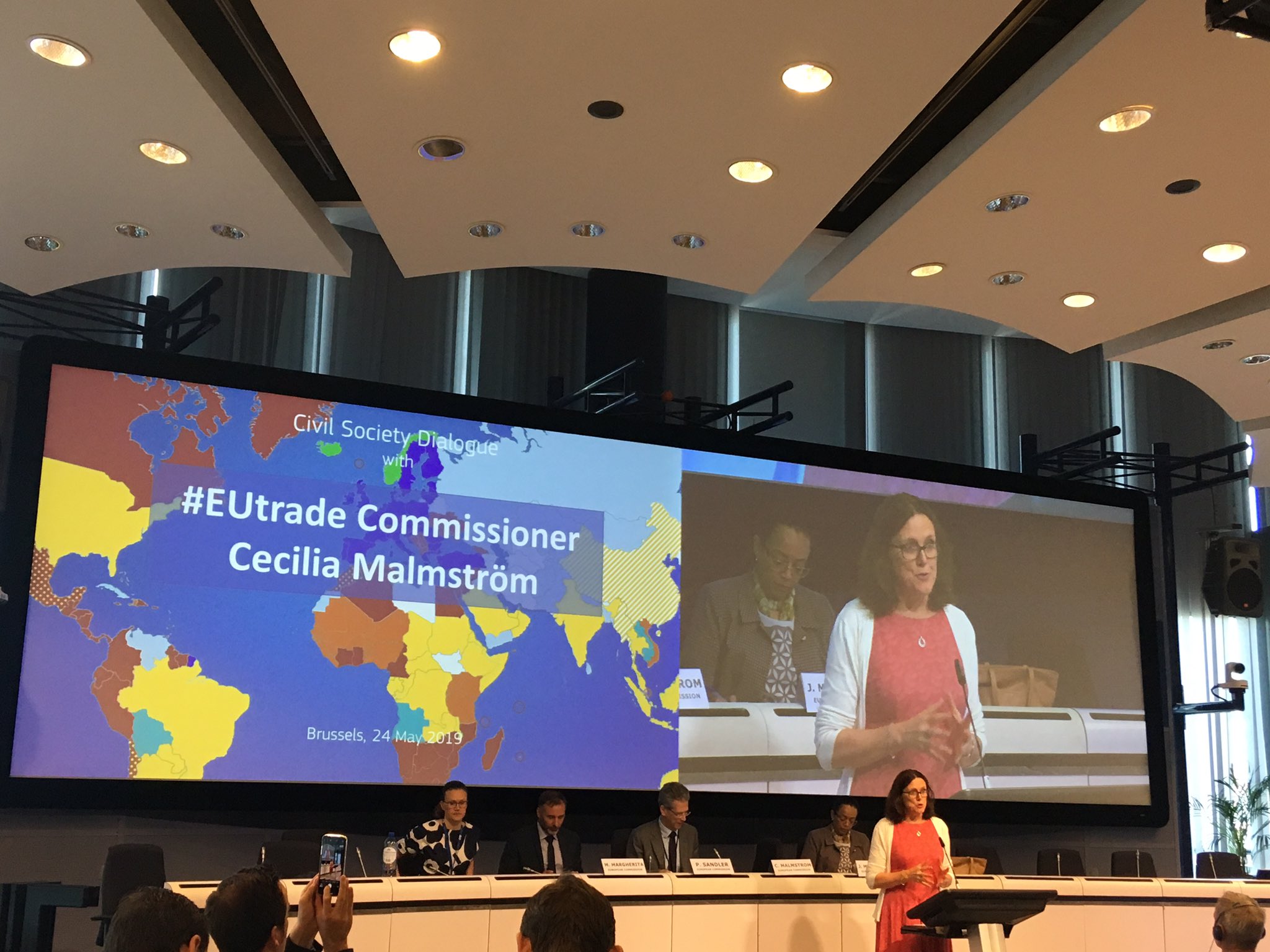