On 10-11th April, FRUCOM held its General Assembly and an open discussion to which all members were invited.

FRUCOM President, Mr. Thomas Haas-Rickertsen, presented the association’s work in food safety and trade policies. On MRLs changes, FRUCOM called on the Commission to provide transition periods taking into account long-shelf life products; and stated that there must be recognition of agricultural cycles and legal guarantees as a fundamental principle. Decisions on introducing new levels for contaminants must be based on scientific risk assessment that demonstrates reduction of real risk to consumers. Reinforced controls on imports must remain proportionate.

FRUCOM also continued work on trade policy, such as trade defence measures on canned mandarins; trade agreement with Morocco; canned mushroom licences, FRUCOM products on the list of possible US retaliation, and on specific issues for seafood.

Exporters’ perspective – Mr. Nejat Almis, Pagmat, Board member of Aegean Exporters’ Association, Turkey, focused on the work of the Turkish association and made suggestions on improving management of food safety.

The EU importers, Mr. Joost Penning, Catz International, President of NZV, Mr. Olivier Hottlet, Hottlet Frozen Foods, President of Belgafood concentrated on the challenges of dried fruit and nuts and seafood sectors. It was stressed that controls must be proportionate and efficient and duplication avoided, and that public authorities must take measures to prevent unfair practices in the chain which are damaging to bona fide importers (undeclared fraudulent glazing of seafood). 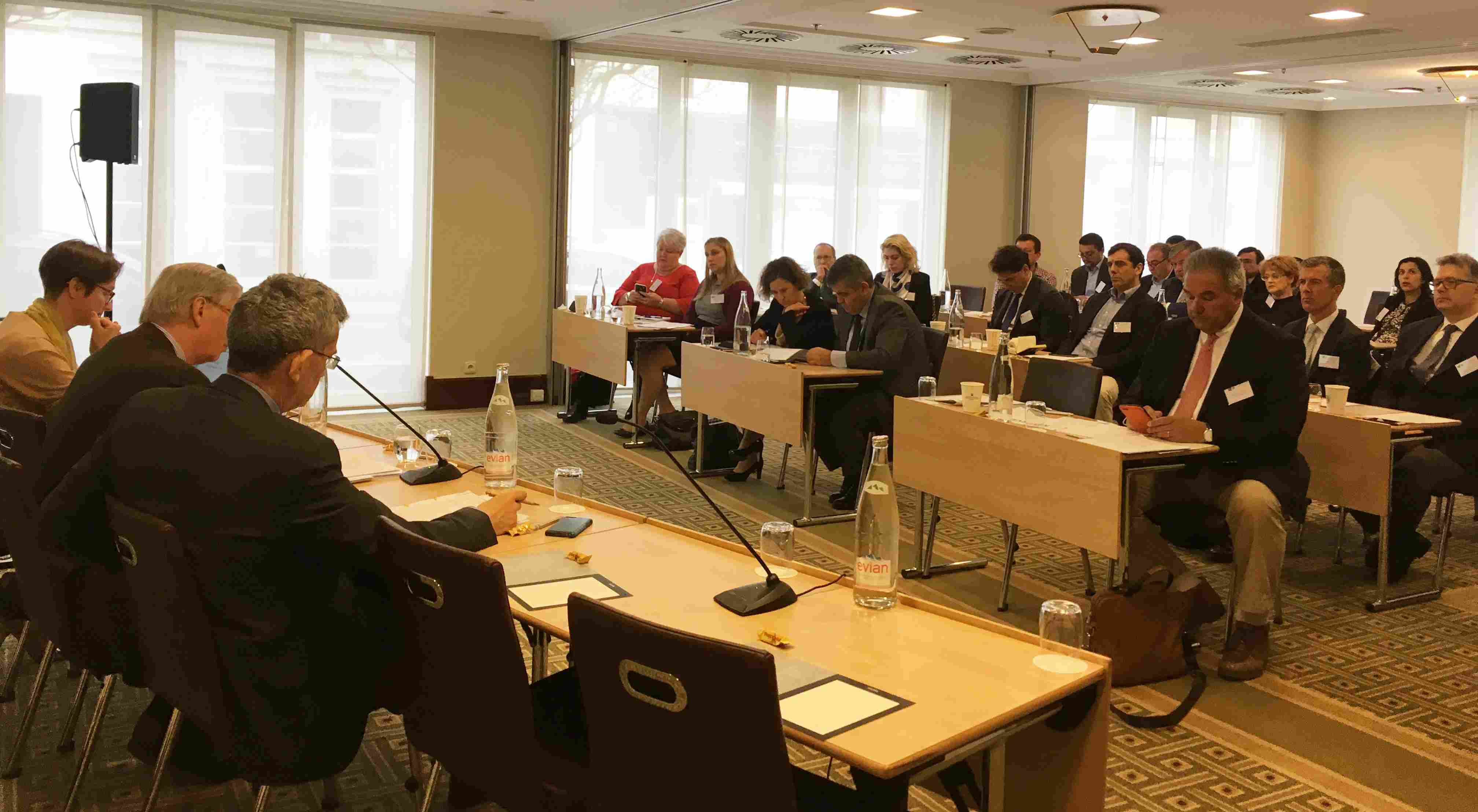 FRUCOM General Assembly 2018 attendees including his Excellency the Ambassador of Turkey to the European Union, Mr. Faruk Kaymakci 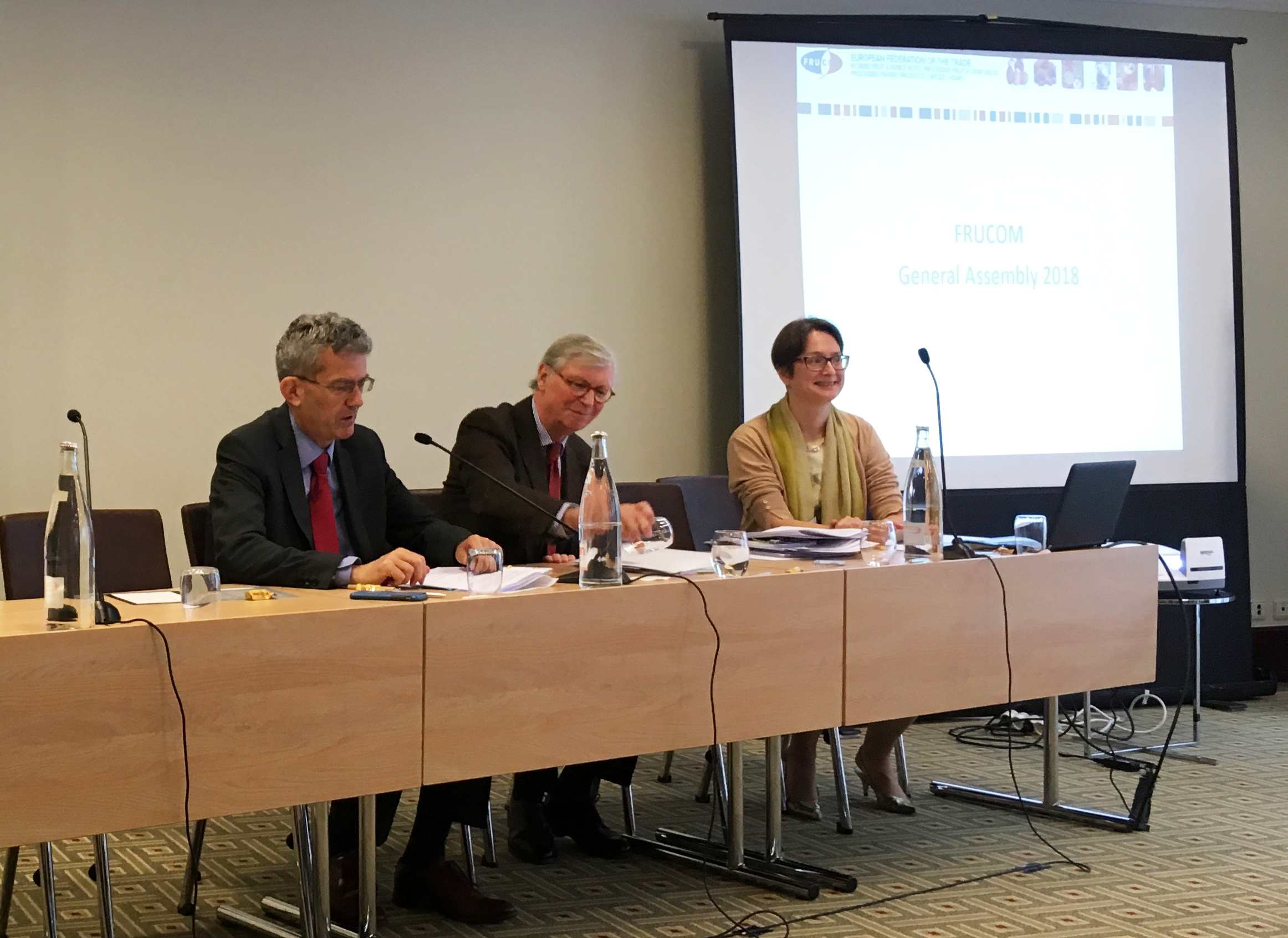 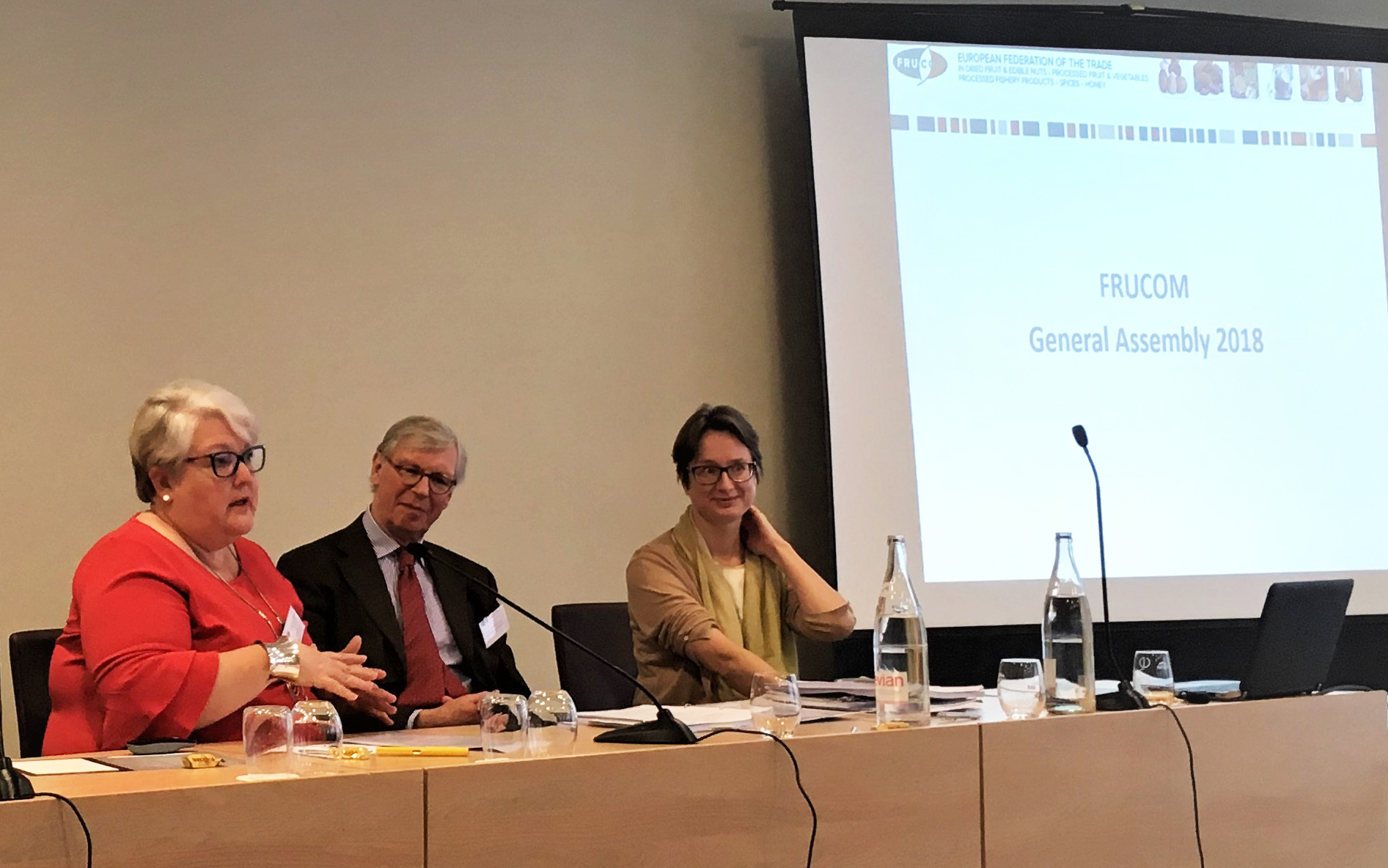